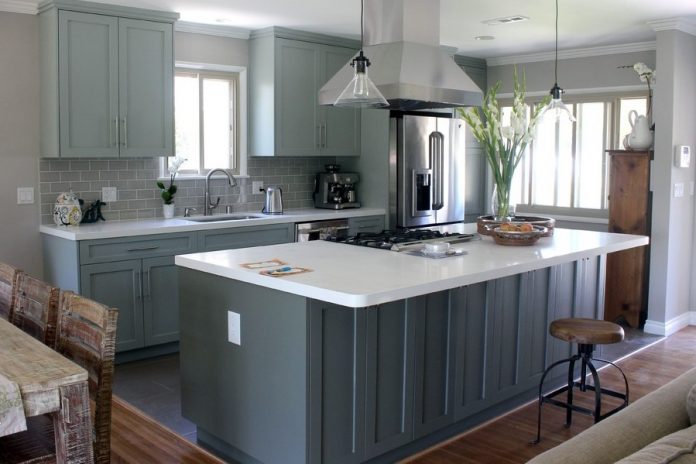 What type best works with your kitchen?

You wonder if the type and amount of cooking you do even warrants a range hood. If it’s an option you’re reconsidering as part of a kitchen remodel, you may find yourself suddenly overwhelmed with questions. Certainly, range hoods aren’t required for all kitchens nor are they usually included in mandates set by building codes.

Sometimes hoods just aren’t practical. They can take up too much space and cost too much (especially in the case of some remodels), and there are other ventilation options available. However, when deciding to forgo the hood, check with the local building code to determine if the space is adequately vented. If you rarely use the cooktop and do your majority of cooking in the microwave, there should be little issue.

So how do you determine whether a range hood is necessary for you? If you cook often with a lot of steam and oil, absolutely it’s in your best interest. Even if there doesn’t appear 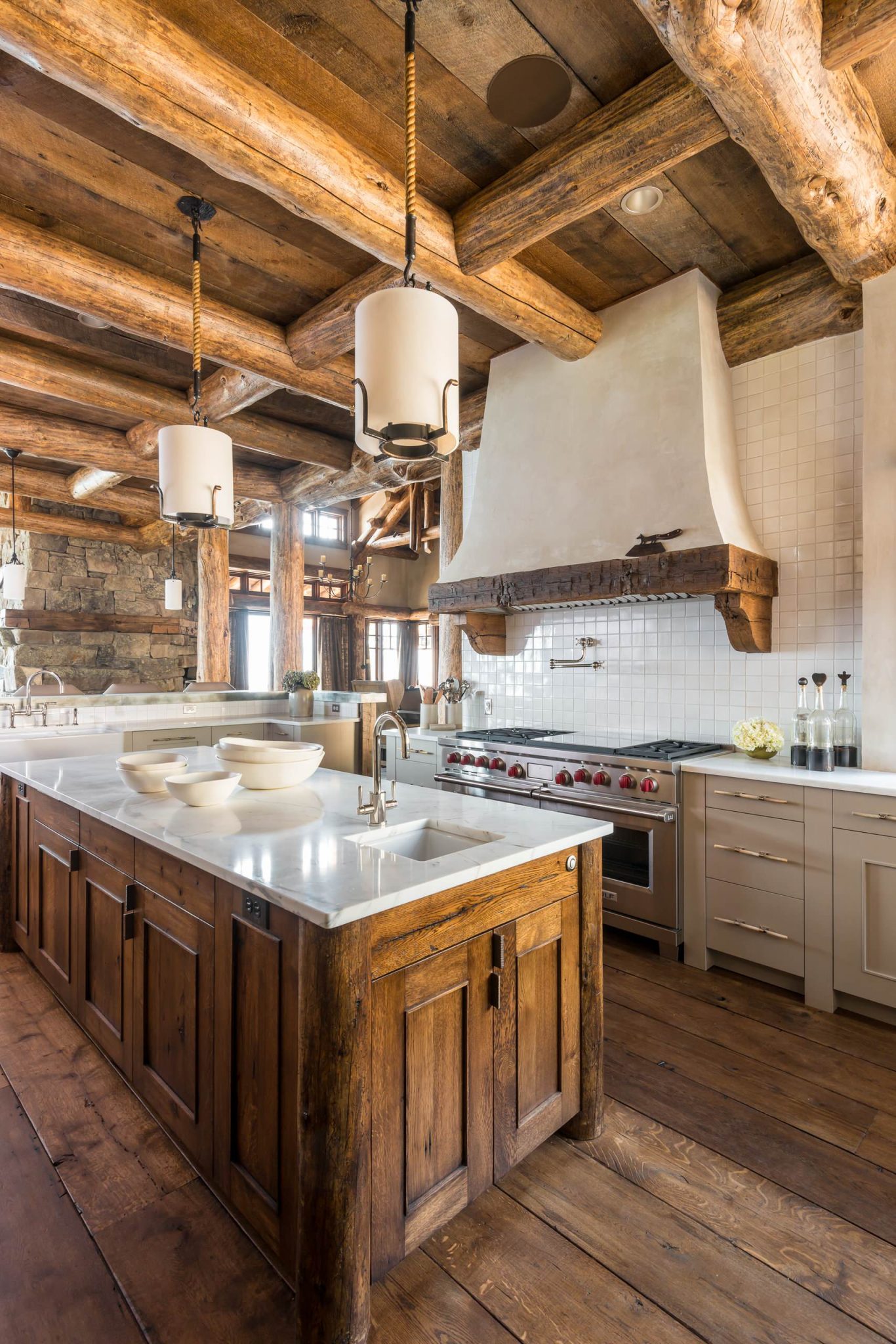 to be much smoke or steam while you’re cooking, oil particles are still floated upward. The grease from your frying pan may slowly coat the entire kitchen if you aren’t sufficiently pulling all the steam away. And the smoke from accidentally burning something will have an even worse effect without proper ventilation. Nonetheless, for the everyday chef who cooks often, a heavy duty hood is definitely recommended.

Naturally, it should be installed directly above or a little behind the range for maximum effectiveness. The further it is from the source the less suction it will be able to produce. Range hoods need somewhere to ventilate so it is recommended to build them against an exterior wall. This close vicinity to the outside will facilitate a shorter distance the air needs to travel outside. When conserving energy and costs, it’s necessary to keep this in mind.

Also be aware that there are different types of range hoods designed to cover nearly any kind of oven layout. You have the standard over-range hood which is made in two forms. One variety is the wall-mounted system with no surrounding cabinetry and the other is an undercabinet hood, partially enclosed in cabinetry or sometimes found underneath a cupboard. Basically they both vent through the back wall, preferably running all the way out through the roof.

Even less likely to be attached to any sort of cabinetry are island range hoods. Hanging from the ceiling with the intimation of industrial grandeur, it’s best to embrace the design as there is no way of concealing it!

Have you seen the futuristic modern range hoods? Very hi-tech and compact, they appear to be less intrusive because the arch of the hood angles out only slightly. They function identically to standard over-the-range hoods, but require more energy for suction as the hood is placed further back against the wall. It is a space-age design that literally gives you space, your head is never in danger of knocking into this range! 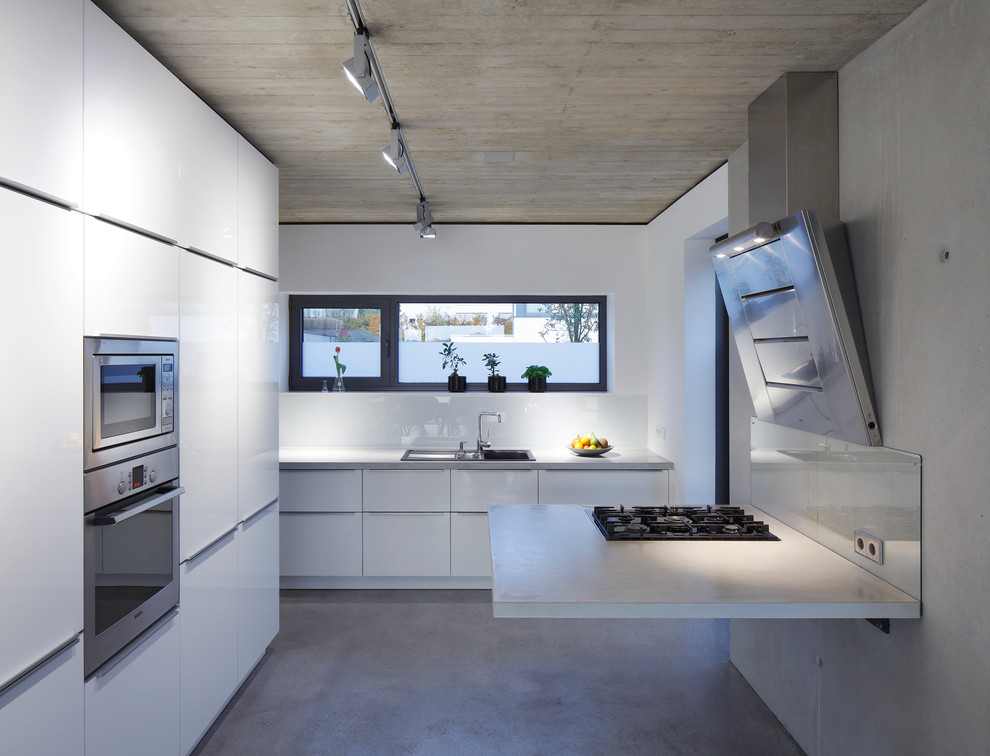 Also quite popular is the concealed look of the built-in over-range hoods. Disguised as cabinetry, this style range in practically invisible as it seamlessly blends in with the established décor. In order to achieve the unseen illusion, the range must be paneled or covered by cabinet fronts identical to the ones accompanying it. You may even choose to design the hood’s cabinet covering to expose a bit of the range hood. When done right, it creates a very cool enhanced visual. 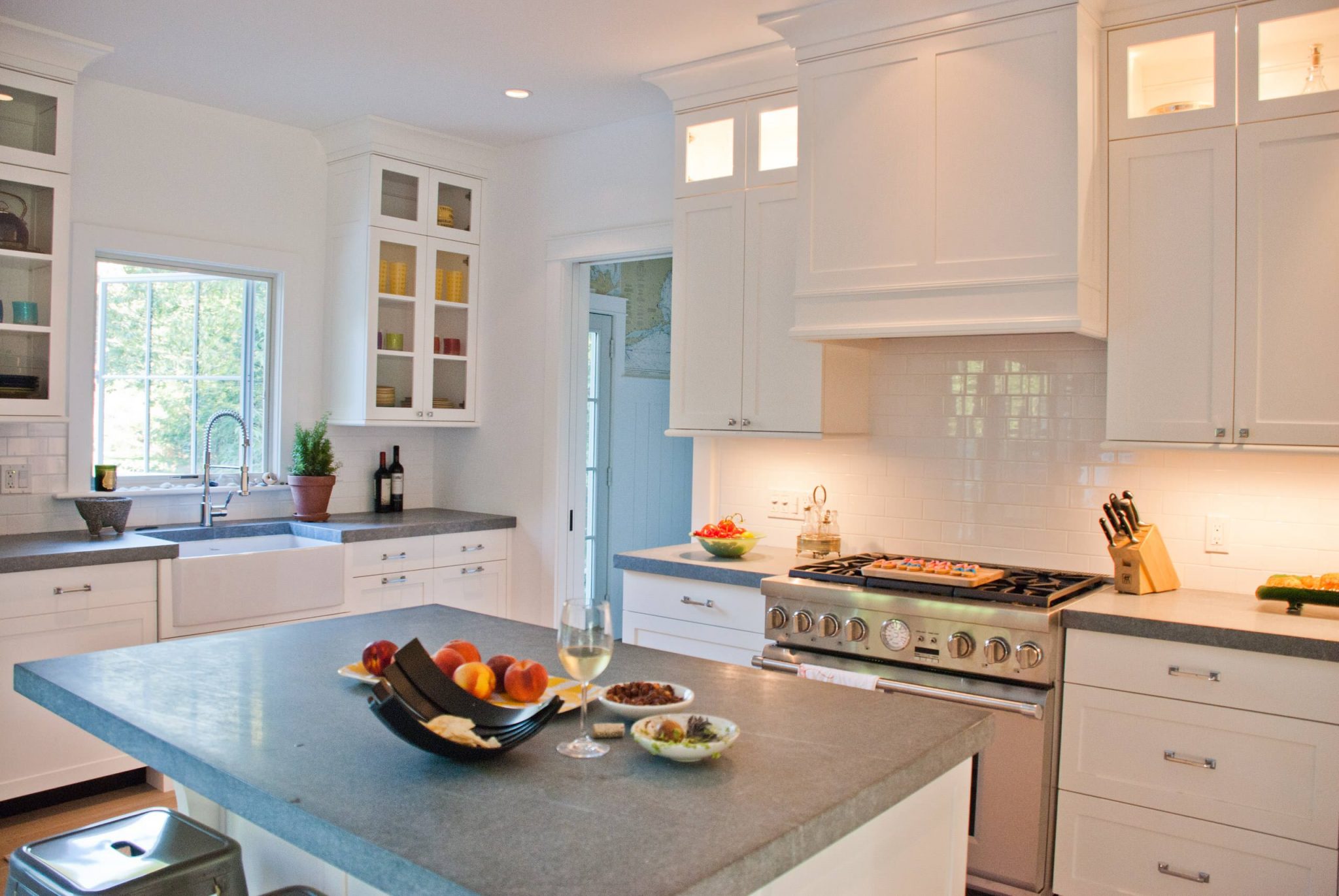 One vent that isn’t a hood at all is known as a Pop-up vent (or “downdraft vent”). It is a narrow duct that applies suction at the source of cooking exhaust, pulling it down (instead of up) into the floor where ductwork is installed. What makes this especially innovative and efficient is how the vents lift up and lock into place and then can be pushed back down into the counter when not in use. This style is perfect when the cooktop is in a location that certainly cannot accommodate a range hood. Such as in the placement of an island, you have a wonderful open look with the pop-up concealed within, but it is the least effective range hood option of them all and may not be sufficient for an oven upon which much cooking takes place.

Despite being among the highly modern range hood styles, the pop up may still function easily in a traditional setting. It is typically sold as part of a coordinated range, and works best with stainless steel kitchen appliances and a broad centerpiece of a hood.

Of course, nearly every contemporary homeowner also cooks with a microwave. Especially in the case of compact kitchens, the ultra-modern combo hood is an effective solution. Typically of less power than your standard hood, it is quite adequate for such everyday use that includes frequent microwave operation.

Now, you’ve probably been in a home where the range hood sticks out like a sore thumb. In such cases, you may notice that the rest of the home appears to be generally neglected. But when you get as far as actually choosing a range hood you’ve likely long since established that this is something you take seriously. No pre-fab kitchen for you, you’re going to do it a very certain way. Integration of your chosen range hood is a factor that must be considered. Obviously a good place to start is to have it be of the identical color of the surrounding cabinets.

If the kitchen is composed largely of stainless steel appliances and accessories it would make better sense to install a large stainless steel hood. Adding a special backsplash that runs from the range to the hood is an excellent detail that will keep your walls from being covered in grease, all the while integrating the two components into a single industrial feature.

Hopefully you’ll find that it’s sort of exciting knowing that you are never limited when it is time to choose a range hood. There’s practically an ideal model for everyone – from the ultra-hip modern set, to the no-nonsense traditional faction, or the cold steel preferences of the industrialists – there’s a range hood that’s got you covered!

What Kind of Kitchen Layout Works for You?

Getting the Most Out of Your I Shaped Kitchen Design